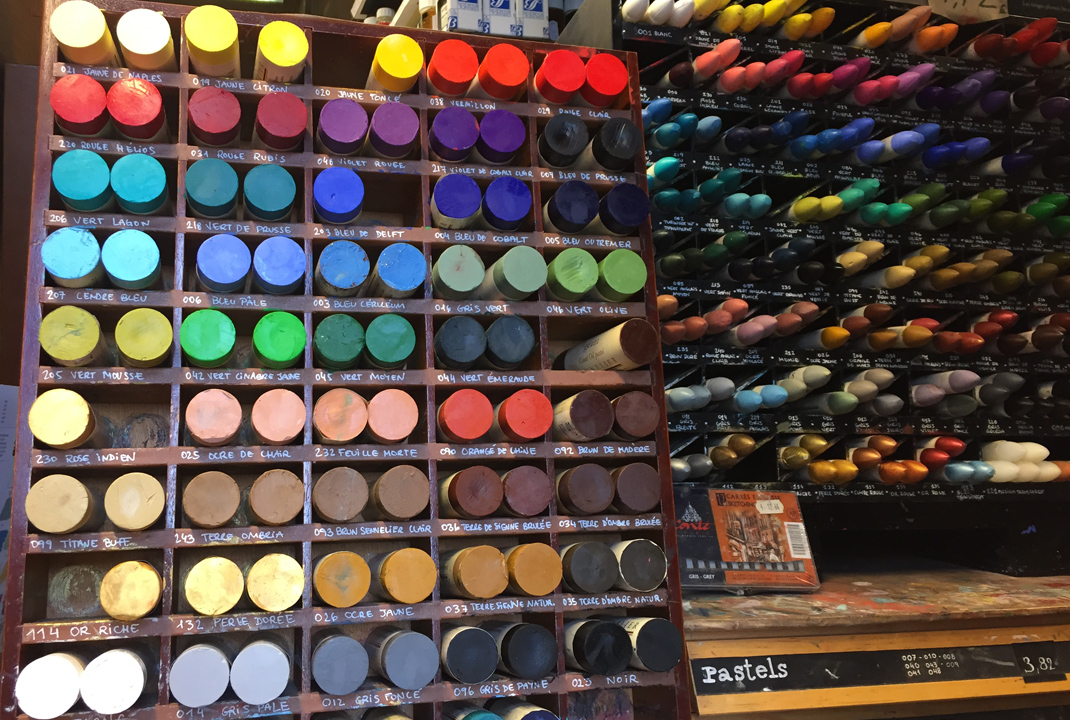 There was a great article in The New Yorker this week that touched on a topic I once debated with a faculty member at The Yale School of Architecture—connoisseurship. The article, “The Mark of a Masterpiece: The man who keeps finding fingerprints in uncelebrated works of art,” by David Grann, discusses some of the difficulties surrounding the task of authentication. In the art world this means determining if a particular work is by a particular artist, or by an apprentice, or “in the school of” a certain artist, or if it is a fake. The article presents cases in which forensic evidence in the form of fingerprints is claimed to definitively link a work to a renowned artist, Jackson Pollock in one instance and Leonardo da Vinci in another. In a nice twist of literary technique, the article begins as a defense of fingerprint evidence, presenting the innovator of this technique, Peter Paul Biro, as an antiestablishment hero able to neutralize elite art world experts. Then the article turns and tears this hero down, citing his legal battles and the questionable, perhaps fraudulent practices he undertakes in the course of his work. Grann defends connoisseurship in his conclusion as a flawed, but true, discipline. Connoisseurs, he writes, are the people:

“who, after decades of training and study and immersion in an artist’s work, could experience a picture in a way that most of us can’t. Connoisseurship is not merely the ability to discern whether an art work is authentic or fake; it is also the ability to recognize whether a work is a masterpiece. Perhaps the most uncomfortable truth about art is that such knowledge can never be truly democratic.“

The debate at Yale was over the issue of access. If access to the title “connoisseur” or “expert” is limited and even highly guarded, then the discipline as a whole must be a sham, it was argued. If only experts can weigh in on authenticity, who can check internal ‘price fixing’ or the ascendancy of the arbitrary? There is a distinct disconnect: access to connoisseurship remains ensconced in elite levels of the art establishment, yet art itself is experienced by everyone. Why can’t the “common man” be allowed to give his impressions? He can, but not all reactions are equal in regards to authentication; impressions are democratic, knowledge is not. I think the issue here lies in the nature of art itself. No one would say that surgeons, members of an elite practice whose participants must be licensed by the state, should be deprived of that distinction and the discipline opened up to everyone because we all have a body. We accept that one needs specialized knowledge to be qualified to cut people open. The same is true with art. One needs years of training to recognize the visual markers of individual artists, and the general indications of a great work of art in an art historical context. These traits are apart from personal taste, a fact that hasn’t been adequately communicated. My stance has always been that connoisseurship is an elite but not an elitist practice because anyone can study and thus become a connoisseur! Consider Sister Wendy.

Belief in the meritocracy of academia is of course a bit naïve. However, what other institution is as welcoming, is as persuaded by reason and empiricism to accept cogent arguments in defense of new ideas, and thus the actors who originate them? That to me is the allure of the scholarly conversation—that there is an objective ideal of truth, perhaps, but that as fallible organisms embedded in cultural taboos we know that no truth can ever be fully grasped, only sought. And if you wish to participate in that circular mission, please do so! Learn the material, research the methodology. It takes only your time.

Looking back, it makes me smile that a professor would be suspicious of connoisseurship, because isn’t that what keeps us employed? In the realm of architecture, like art, the ability to defend or even to articulate one’s expertise is complicated by the fact that the object of our study is visual, and cannot be fully explained verbally. Why is the Hagia Sophia or Notre Dame de Paris [below] important? There are easily explicated historical reasons, but in truth it is their visual particulars that have maintained their popularity: form, material, and mostly, light and space. Not easily communicated in words, but viscerally experienced. Which is what makes architecture so alluring!