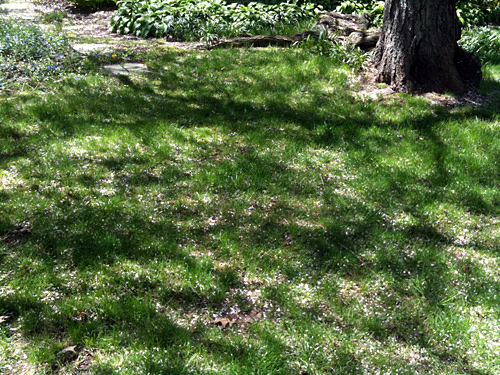 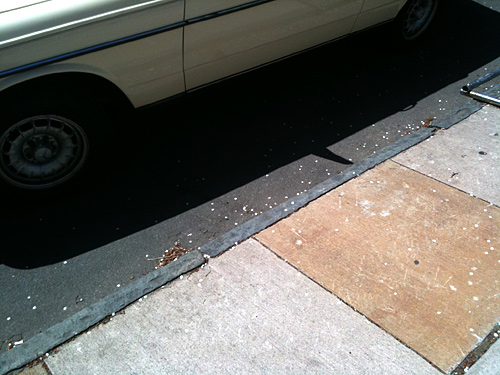 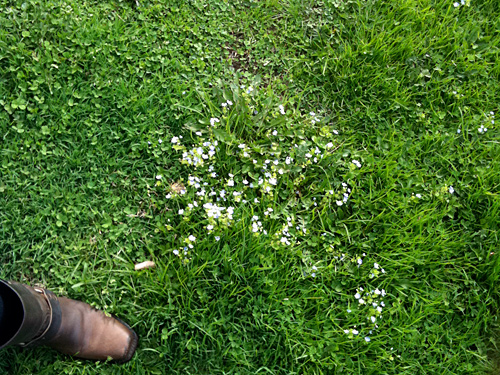 I’ve long been a fan of Yayoi Kusama. She’s an important Japanese artist whose work resonates with the specific compulsions of modern women worldwide. Her dots series, installations covered in dots—on walls, on people, on trees, on things—are mesmerizing. Using this simple technique, Kusama creates these eerie immersive environments. For me, they represent certain obsessions: obsessions with the body and its perception, its shapes and holes and uses; an obsession with control. The images above of flower petals on the ground from the early weeks of May reminded me of her.

Kusama did much of her seminal work in New York, but returned to Tokyo in 1973 and has been living in a mental institution almost ever since. Paranoid schizophrenic, I believe. Many of her works are inspired by her hallucinations. There’s a great picture of her Self-Obliteration by Dots, a still of a performance from 1968, in BOMB Magazine’s interview. Another iconic set of works is the accumulation series, wherein Kusama glued protuberances to cover entire objects and whole surfaces. She posed with one of these pieces, Accumulation No.2, once perhaps a couch, and MoMA has the photo. It was printed on the Kusama Retrospective poster back in 1998, “Love Forever: Yayoi Kusama, 1958-1968.” I put it up in my father’s former studio for inspiration. I thought of her more as a baby doll back then, looking so coquettish. Now she uses that same silhouette as a brand on her website.