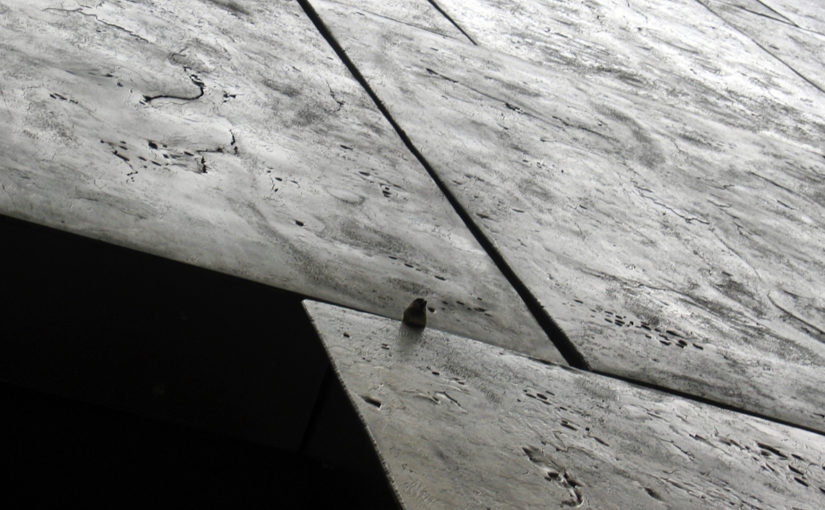 Perhaps you’ve heard the term “urban habitat” before. It refers to the phenomenon of wildlife inhabiting places designed for people—specifically places in cities. A famous case is the life and times of Pale Male, a falcon who decided to make news anchor Paula Zahn’s 5th Avenue apartment his home back in 1991 (and he’s still there). I collect images of such impromptu habitations wherever I find them. They are never designed, though rain water collection advocates, landscape architects, and various state fish and wildlife departments promote the idea. Mostly what I see are sparrows, sparrows everywhere! They’re small and compact and slip easily into gaps left by decaying mortar (image 1), or alcoves in sculptural niches (image 2), or intentional gaps in double facades (image 3, since torn down by MoMA). I think these intrepid little fellows deserve our attention and admiration. They claim unused space and within it, breed new life. Would that all architects could do the same! I suppose this behavior makes sparrows scavengers of a sort, like hermit crabs that live in the discarded shells of snails. Animal architecture is an infinitely fascinating topic. Finnish architect Juhani Pallasmaa wrote a book about it: Animal Architects: Ecological Functionalism of Animal Constructions. Of the two examples most often cited, beaver dams and weaver bird nests, I’ve been fortunate enough to see the latter in Southbroom, a town on the south coast of KwaZulu-Natal province, South Africa. Beavers build their encampments with underwater entrances to protect themselves from predators, so one can’t easily see them at work. A weaver bird, however, weaves right in front of your eyes.