My dreams are extremely vivid, visual, and tumultuous. I often write them down. They describe intricate narratives—many fearful—which have me running down twisted corridors or along bizarre city streets. These dreams are certainly architectural, even hyper-spatial. Sometimes I see the earth below in a distorted fish-eye perspective, blocks laid out as though pressed against a sphere, like in Zaha Hadid’s early paintings.

Stairs feature prominently in these dreamscapes. Last night’s dream found me at a gem store where everything was free for the taking. Or that’s what I thought. Grasping my stolen treasures, I ran down the stairs to escape but they kept going on and on, father and farther down, with no way out.

As a child, every night when I got into bed I turned to lay on my side. My father thought I’d fall asleep faster if I adopted the right sleeping posture. When I put my ear to the pillow, I could hear a faint throbbing, like the beat of a distant drum. As I drifted off, I would imagine that the drum was really the sound of someone in the stairway. The old wooden steps still creak with every foot fall. I would listen to the beat as the steps disappeared into the distance and drift off to sleep.

I suppose now that the throbbing noise was the sound of my own heartbeat, which I can’t hear as distinctly any more. The steps, however, remain. They are quite plain, the steps themselves. I went back to photograph them just recently. Yet however common, I know that for me they are iconic. The image of these particular steps and their balustrade will never leave me. 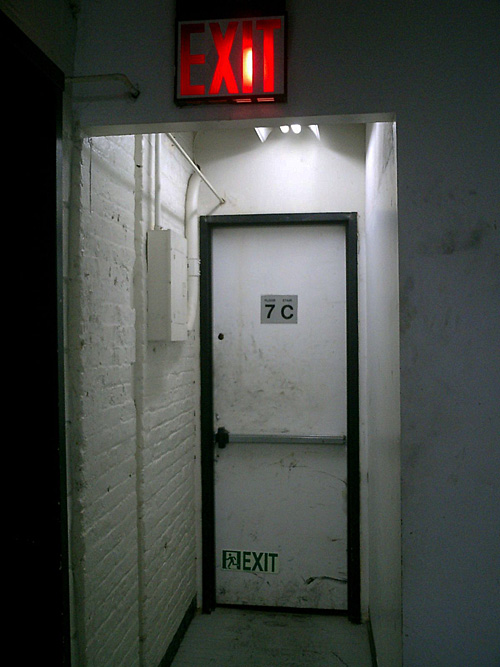 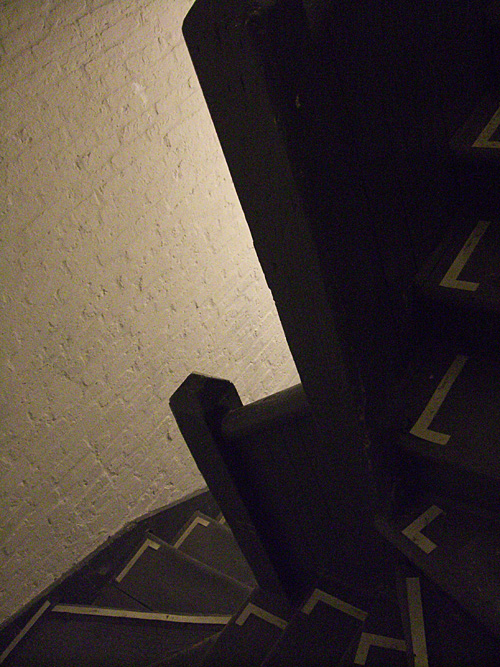 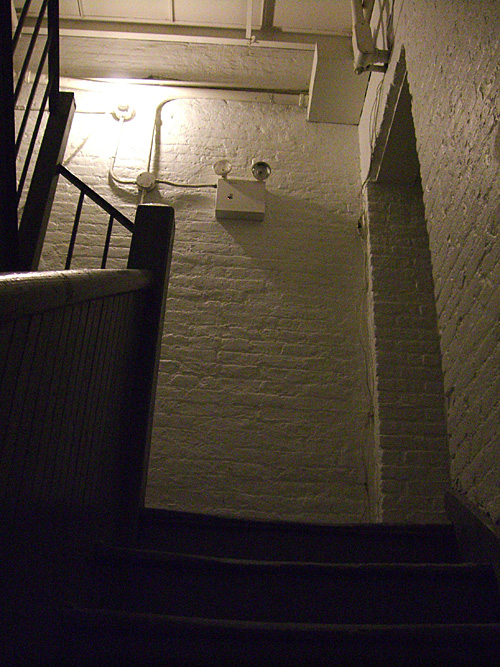