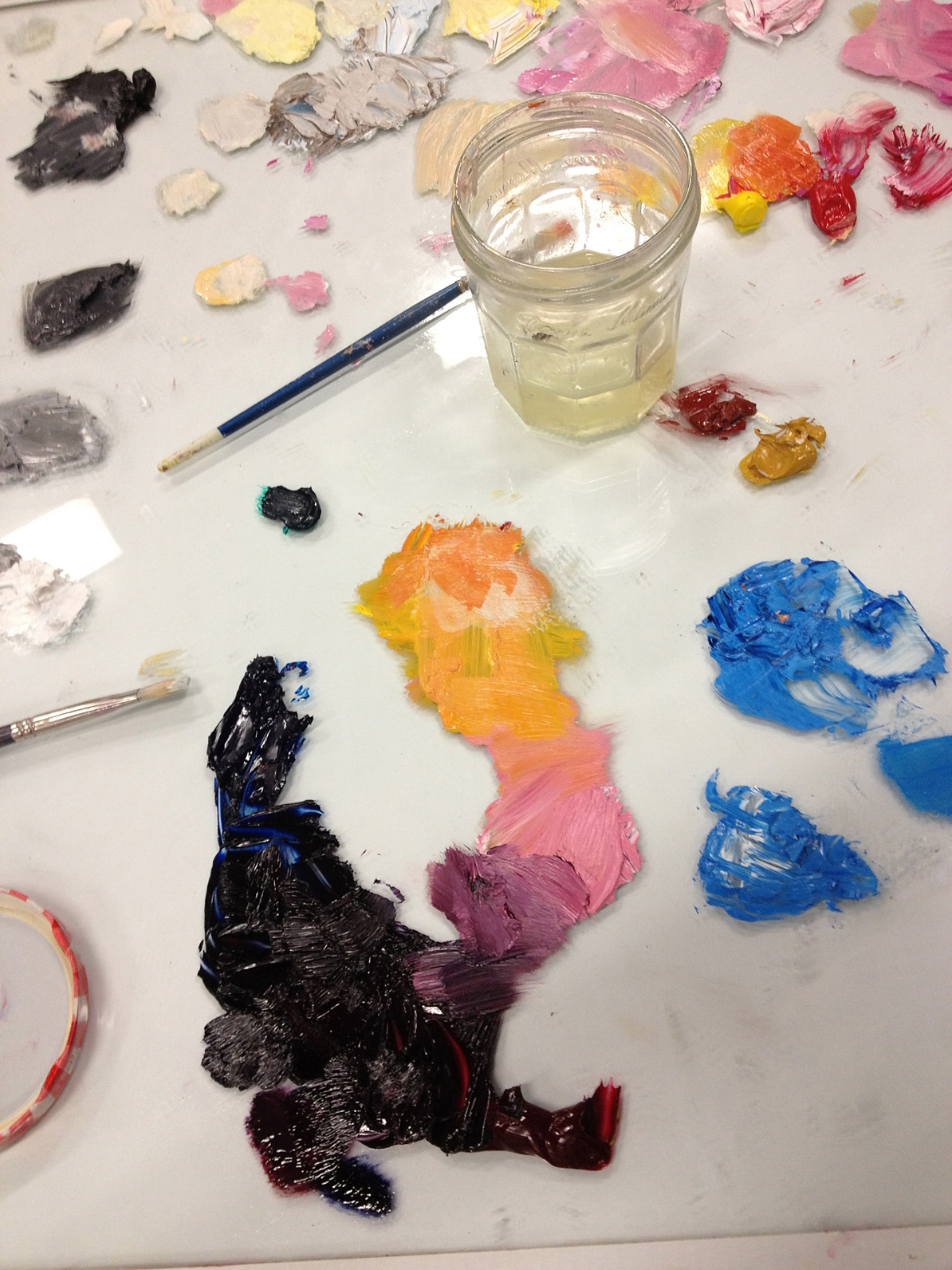 Martin Heidegger, in Being and Time, describes the property of zuhandenheit, or being ready-to-hand. It’s a concept central to his worldview a concept I believe to be his most important contribution to Western philosophy. Heidegger uses the term zuhandenheit to describe a useful, working tool, one that is plainly ready-to-hand and can be used without  having to consciously consider its presence. Consider, for instance, that you can walk without thinking about your feet. Now the foot is not a “tool” per se, but it is something utilized without thinking about it consciously. The foot only becomes present when it does not function, when it is broken or injured in some way.

Heidegger’s examples of tools that are ready-to-hand include “the hammer, the plane, and the needle.” Now it’s true there’s a learning curve associated with any particular tool; a needle can prick you, a plane can slice you, a hammer can damage your thumb if you are unfamiliar with its proper use. However, once the tool is mastered, it is readily and repeatedly available as a medium for accomplishing tasks. It and you function perfectly together such that you can focus solely on the task and ignore the tool. The tool becomes an extension of your body.

The notion of zuhandenheit is important because it had not yet been considered in philosophy before Heidegger. Up to then, philosophy described the world as filled with people and things. People have senses through which they perceived things and their properties. A hammer, in this configuration, is a hunk of shaped metal at the end of a wooden handle. Clearly, this ignores the hammer’s status as a tool—its function, its utility, its reason for being; everything that makes a hammer a hammer. Heidegger’s phenomenology contrasts the tool’s being ready-to-hand, zuhandenheit, with vorhandenheit, being present-at-hand, or just there. A leaf is just there, a rock is just there, a broken hammer is just there until you fix it. (If you pick up the rock and use it to pound corn into flour, then of course it becomes a tool.)

These distinctions came to mind recently during an oil painting class I’m enrolled in at the Hartford Art School taught by the former dean of the school, Power Boothe. Professor Boothe is a well regarded artist and it’s probably better that I don’t closely follow the art world because I might be too star-struck to be in his class. He’s a set designer as well, which is very exciting, theatrical design being the charismatic cousin to architecture’s austere façade of controlled composition. As a teacher, Power is very approachable and remains engaged with each student in the class, often exclaiming that someone’s work reminds him of such-and-such master painter from the 19th or 20th century. On these occasions he repairs to his office and returns with the appropriate monograph, handing it to the oil-paint-and-linseed-spattered student, her brush in hand.

With my “brush in hand” I’ve experienced a painful lesson in zuhandenheit. Oils are difficult to assimilate. I painted quite frequently as a child, but always with acrylics. They’re cheap and water soluble, so I’m sure their particular procurement was a conscious choice on my parents’ part. “Real painting,” to me, was always achieved with oils; that’s how all the paintings in the museums were made. (I recall fixating on a Bonnard at the Met but the memory might be fabricated.) I attempted an oil painting on glass when I was a senior in high school; it was awful. I managed to mix the paint, but I had no idea that I should use linseed oil and turpentine as thinner. I was so used to the nature of acrylics—how they dried, how they mixed—that I just couldn’t get a feel for this thick, pasty medium. I was too impatient or too inexperienced to wait for the paint to dry, and I didn’t know about the technique of glazing, using oils like watercolors, all water and very little tint. I kept lathering the paint on like plaster, eventually giving up… the final work looked like melted wax. It was a portrait of a boy I’d met. I’m glad he never saw it.

The first two painting assignments Power gave the class were apples, one black-and-white and one color. The black-and-white one went along pretty well. I didn’t have to worry about mixing because the whole composition was shades of grey. The color painting, however, was a disaster. I couldn’t mix the tones I wanted; everything kept blending together into a mushy brown; and the white/yellow underlay I foolishly added was far too overpowering. (The white in oil paint is nuclear strength.) I ended up slapping on paint with a palette knife to cover my mistakes… it was pretty terrible. I bought another canvas and tried again, this time with the glazing technique my husband recommended and was much happier with the results. I’ve since attempted to paint the stairwell in Louis I. Kahn’s British Art Center, (hard; I can’t let go of the notion that straight, almost axonometric lines should look a certain way,) and a self-portrait (easier; probably because the softer shapes still convince when only approximated).

Is the paint brush a tool, ready-at-hand? For me, not yet. But soon.

Now that classes have ended it’s time to return to my research with renewed force. To prepare my brain for the delightful onslaught of knowledge, I watched some documentaries about modern philosophy and modern philosophers. Renewing creative force via distracted absorption is advice directly taken from my Inspiration and Authorship lecture. These films remind me why I care about the intellectual’s life, and why I choose to function this way in the world.

The quote above is Martin Heidegger, and begins a 1999 BBC documentary, Heidegger: Thinking the Unthinkable, which is part of the series Human All Too Human, itself the title of one of Nietzsche’s texts. The film is slow-paced but insightful, the quote above presented as a partial apology for the fact that this great thinker was a Nazi. I try to block that out when enjoying his work, but it’s ever-present. The film can be seen on Google video.

Astra Taylor’s documentary Examined Life (ZeitgeistFilms, 2009) is a set of short conversations with renowned contemporary philosophers who explain either the kernel of their work or reflect on some critical question of our age. My favorite thing about this film is that Taylor decided to interview each philosopher while he or she walks or moves through space. In the New York Times’ article about Examined Life (“Thinkers in Transit, Philosophy in Motion,” Feb 20, 2009), Taylor mentions this idea came to her after reading Wanderlust, a ‘discursive’ look at the history of walking, by Rebecca Solnit. I’ll have to check that out. The notion that motion changes an individual, liberates them, is an intriguing one. As a source of inspiration, Examined Life delivers. I had to pause it several times to jot down incoming thoughts. Here’s the trailer.