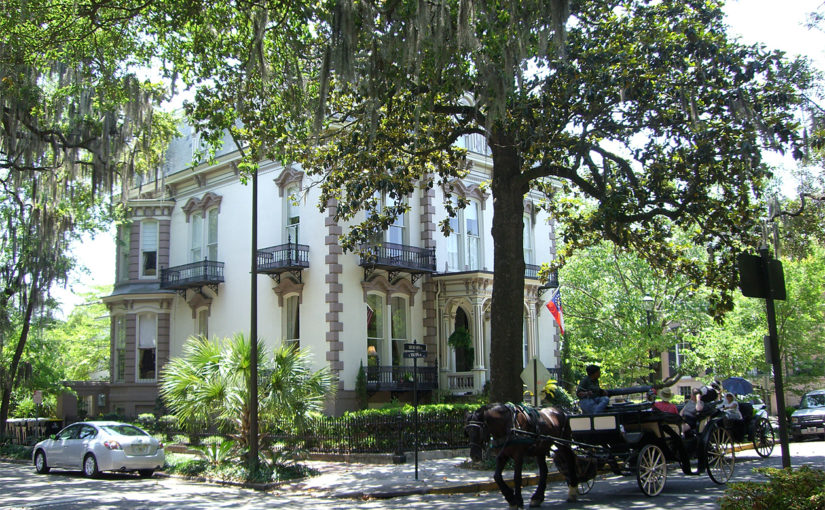 I was in Savannah recently for a wedding and took lots of pictures. Savannah, Georgia is a picture-perfect southern town (if you stay in the historic area) preserved through a combination of General Sherman’s mercy and Savannah College of Art and Design’s diligence. Half of downtown seems to be owned by SCAD, with each department occupying its own architecturally rich structure. One of my fellow travelers was determined to take only “coffee table book” pictures, and did so with great success. This is a place filled with lavishly wrought iron balconies, blossoming dogwood and magnolia trees, spanish moss, and pretty fountains. Couples from across the country come here to be married and have their pictures taken among the city’s 22 garden squares. I decided to concentrate instead on the overlooked modern parts of town. Above (from top to bottom) you see a school or a convent located across the street from the Cathedral of St. John the Baptist, the Savannah Theater (it looks like a movie theater but it’s a stage), and an office building—perhaps a bank or government building—on the corner of East Broughton and Abercorn.

Above are some photos of quirky Savannah, including a parking garage with graffito, a DIYer’s home, and the SCAD art house movie theater.

The town’s urban plan is of great interest. It was drawn up by English General James Oglethorpe for the purpose of military defense against the Spanish and the indigenous nations to the south and west, and for the prevention of disease. The plan’s beauty seems to be of only secondary interest to its creator. The core idea is the creation of very small neighborhoods, or wards, each anchored by a square that includes both tything lots and trust lots, the later of which were small blocks along the shorter sides of the square intended to house only civic buildings. It’s alleyways are a New Urbanist’s dream, and I took photos of those as well for my colleague Robert Orr (though he probably has his own stock already).

Savannah is a place with a lot of folk lore and a lot of interesting people (especially because of the presence of its art school—I saw Manolo Blahnik on the street going to a private showing of an exhibition about his shoes). The film Midnight in the Garden of Good and Evil was shot here, which I re-watched immediately upon my return. They also serve rose petal ice cream at the local homemade ice cream shop.

Finally, I’ll leave you with a song, Hard Hearted Hannah. My mother sang it to me when I told her about my trip. It’s a tin pan alley song from 1924. You can hear Belle Baker sing it, or Ella Fitzgerald. Here’s another fantastic, melancholy version from Ray Charles.

In old Savannah, I said Savannah,
the weather there is nice and warm!
the climate’s of the Southern brand,
but here’s what I don’t understand:

They got a gal there, a pretty gal there,
who’s colder than an arctic storm,
got a heart just like a stone,
even ice men* leave her alone!

They call her “Hard Hearted Hannah,”
the vamp† of Savannah,
the meanest gal in town.
Leather is tough, but Hannah’s heart is tougher,
she’s a gal who loves to see men suffer!

To tease ’em, to thrill ’em,
to torture and then kill ’em,
is her delight, they say.
I saw her at the seashore with a great big pan,
there was Hannah pouring water on a drowning man!
Hard Hearted Hannah, the vamp of Savannah, GA!

Talk of your cold, refrigeratin’ mamas,
brother, she’s a polar bear’s pajamas!
To tease ’em, and thrill ’em,
to torture and kill ’em,
is her delight, they say.
An evening spent with Hannah sittin’ on your knees,
is like travelin’ through Alaska in your BVDs!
She’s Hard Hearted Hannah, the vamp of Savannah, GA!

* An ice man, by the way, is the fellow who would deliver ice to your house, not the unlucky prehistoric warrior discovered in Austria in 1991. † A “vamp” is a term used to refer to a woman who uses her sexuality to entice and somehow to harm men. It’s a shortened version of “vampire.” 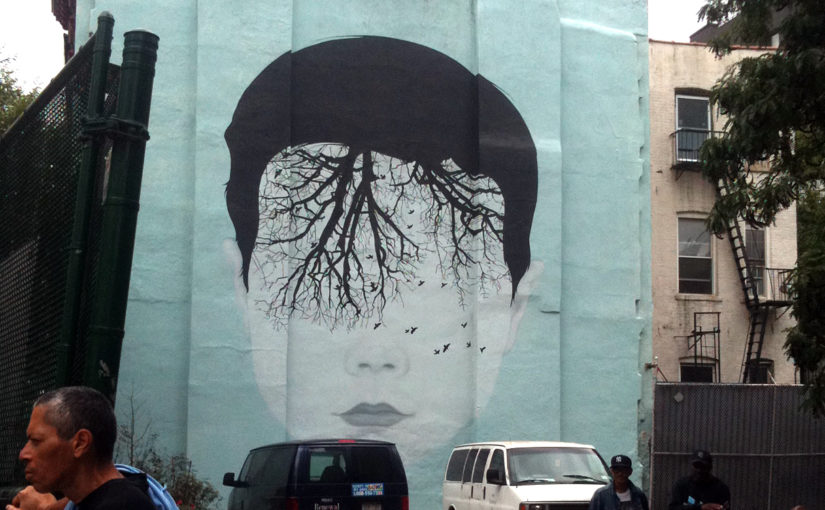 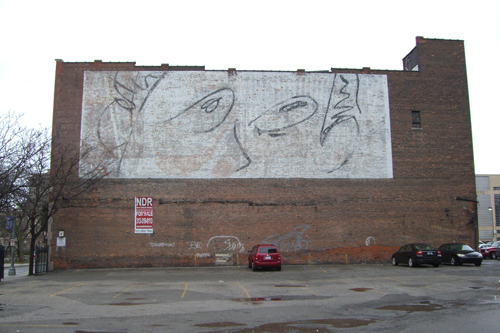 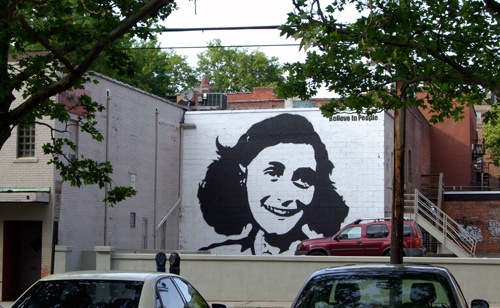 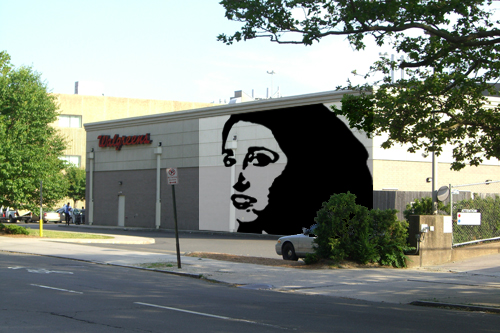 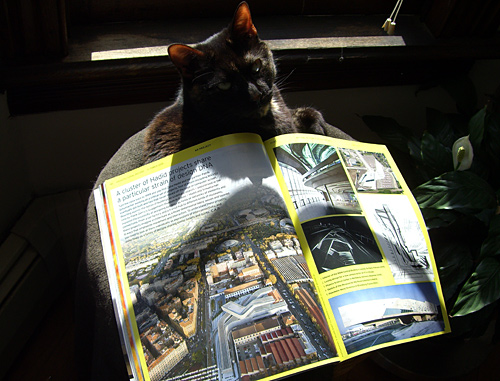 Last weekend my department hosted the ACSA Northeast Fall Conference. The conference, titled Urban/Suburban Identity, was our first, and I was one of the organizers. The group was small but robust, with 45 papers presented in 11 sessions over two days. I moderated the “Hybrids” and “Emergent Types” paper sessions, both of which were fascinating and pleasantly non-doctrinal. Fellow blogger Lyle Solla-Yates presented “Toward the Green City” with Carl Sterner in session 2, relating incredibly insightful information about the connection between sewer infrastructure and urban planning, using historical research on London and Paris as examples. (Did you know it was once an advantage for farmland to be city-adjacent? That’s where the fertilizer came from!) As a moderator, I could not simply pop in and out of paper sessions at will. I did get to sit in on session 10, “Urban Cultures,” and session 11, “Infrastructure,” both of which were mind blowing. (It’s too bad they took place on Sunday morning after most participants had left.) I have to say that setting aside a whole weekend to discuss important topics in our field—pressing topics with broad social implications no less—with fellow architects and educators who readily engage in intellectual discussion was a real treat for me. I wish I could do it more often. END_OF_DOCUMENT_TOKEN_TO_BE_REPLACED